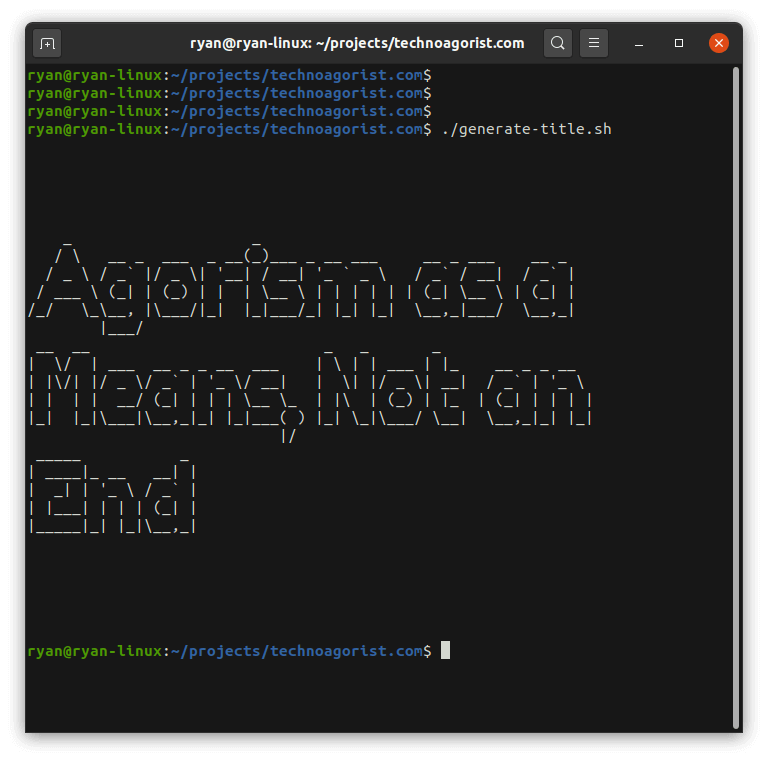 When Samuel Konkin III described Agorism, he described it as a means toward an end. Agorist purists miss the point when they describe it as an end in and of itself.

My name is Ryan, and I am an agorist. Today, we are talking about agorism as a means, not an end.

Agorism did not appear out of a vacuum; it is the spiritual and practical successor to libertarianism as defined by Murray Rothbard in For A New Liberty. Samuel Konkin III said as much in his New Libertarian Manifesto, the classic which first defined agorism. In his manifesto, he built on the earlier philosophical and economic work of Rothbard and defined what he called "New Libertarianism."

I like to call agorism "libertarianism with feet." Samuel Kokin knew that philosophical libertarianism on its own would not bring the world any closer to the libertarian end of a free society. He also knew that political action would not lead to a free society. So, he proposed a means to make libertarianism practical, which is counter-economics. The idea with counter-economics is to build alternate markets that are not dependent upon the state or state apparatuses so that they can act independently of the will of the state. Then, when the state ceases to exist these markets are mature and can continue without interruption. In other words, counter-economics is about state-proofing your life and business.

These markets are rightly called gray markets. They aren't black markets. They might be legal or might not be, but the point is that the agorist does not care. They are just providing goods and services and interacting in free markets outside of state control.

"...Slowly but steadily we will move to the free society turning more counter-economists onto libertarianism and more libertarians onto counter-economics, finally integrating theory and practice. The counter-economy will grow and spread... with an ever-larger agorist sub-society embedded in the statist society."

The important thing to remember is that agorism via counter-economics is a means to an end, but not an end in and of itself. Kokin wrote:

Konkin saw agorism as a consistently-implemented libertarian strategy. He described the ends as a "free society" and later as a "libertarian society." That term "libertarian society" would make many modern agorist purists choke. They have a strange tendency to contrast themselves to Rothbard rather than accept what Kokin did, which is that we share the same goals, the same ends. All throughout the New Libertarian Manifesto, Rothbard is quoted because he didn't disagree with Rothbard on the ends, but the means.

When we define agorism publicly, we need to make sure that we define it as a strategy toward the common libertarian goal of a free society (now, just to be clear, this isn't in any way related to the ends of the so-called Libertarian Party or any other statist apparatus). We shouldn't be afraid to pull from all the good stuff Rothbard and other anarcho-capitalists wrote just because they didn't accept the agorist's means toward a free society.

Agorism via counter-economics is a means, not an end. The end is a free society and that goal is more important than any agorist purity test.