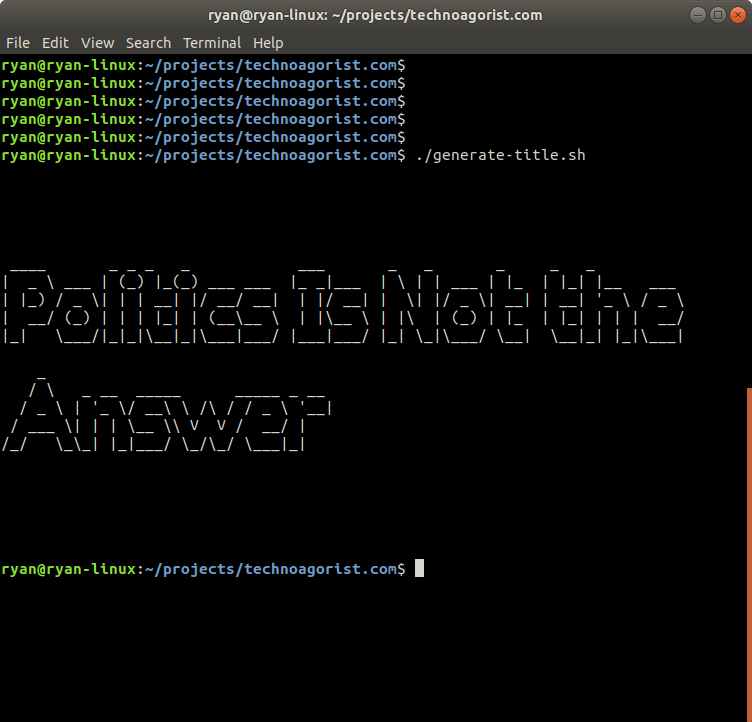 Episode 32 - Politics Is Not the Answer

Thousands of people protest, yet the state doesn't care. Is politics the solution? Or, is politics actually the problem?

My name is Ryan, and I am an agorist. Today we are talking about politics and how it ultimately is not the answer.

You probably heard about the massive gun rights rally in Richmond a few days ago. As far as non-violent protests go, this one was about as good as it gets. The governor of Virginia along with their legislators are in the process of passing some of the most strict gun restrictions in the US. Among other things, these bills include background checks for private gun transfers, a one-gun-purchase-a-month rule, and even red flag laws. Some people insist that these are just "common sense gun laws!" But, what is sensible about giving the government power to violently disarm anyone they want to, any time that they want to, just because they want to?

I know at least one guy who was at the rally. He was quoted in USA Today saying that it was "the civil rights march of my life." That is a great quote, connecting that event with the civil rights movement. People sometimes forget that rights are rights, and it is no more right to oppress black or gay or Mexican people than it is to oppress people who own property that isn't politically correct to have. But, I'd go even further and say that human rights are really what we are talking about.

Who owns your life? Who decides what you do with your hands and your mind? Whose brain is connected to your body? It's your brain and your body and what you do is up to you. Your natural, human rights are actually one right, the right to do with that body what you want. You can do good, bad, or anything in between and it's your decision to make as well as your consequences to receive.

The problem comes when one group of people decide that rights are their business, that rights are their to give or take. The robber who breaks in at night and steals your property is helping themselves to part of your life, the fruit of your labor. The murderer who kills you makes the decision that they have more right to your life than you do. At least in the case of robbers and murderers we can all agree that they are in the wrong. But, the worst offenders are also the ones most likely to be ignored: the state. The state hides behind "democracy" and "the will of the people" when in reality they do what they want, despite the people, despite those whose rights they pretend to protect.

The state murders people daily, and the state robs from people daily. Yet, what are we the people supposed to do? Vote? No, that doesn't change anything. Politicians come and go, but the state always and inevitably grows. Should we go out and protest? Make our voices heard? Shake our fists in the air and tell that we won't take it anymore?

You know, I kind've hate to be that guy, but seriously, what good does any of that do? The day after those Virginia protests, the governor took credit for keeping the protests peaceful, implying that my friend and others would have started shooting if the governor hadn't actively worked to calm everybody down. Can you believe that? Then, the state went ahead and passed their red flag law. Starting soon, Virginia will begin disarming anyone who they want to, probably starting with those who were involved in the gun rights protest.

I know that this has been a bit of a downer of an episode so far, but let me now remind you of something that existed before the Virginia protests and something that still exists now. Something that is completely unrelated to governments or anyone else. Something that cannot be taken away from you despite anyone and anything.

No matter what, no matter who or when or how, whatever, you still own you. Your brain is still the only brain connected to your body. The decisions you make and the actions you take are yours and yours alone. As long as you can stay alive and out of a cage, you are free if you only realize it. Some governor signing a piece of paper doesn't make you any less capable of doing what you are going to do. It's your life to live and your decision to make.

I'm glad that those folks in Virginia went out and made their voices heard. I'm glad that others have been inspired by them and will hopefully make their voices heard as well. But, if they or anyone else really thinks that politics is the answer, they are sorely mistaken. Politics and political power is the problem, not the solution.

The solution is to live our lives, to BE free, regardless of what those silly megalomaniacs write on paper. Your life is yours to live, and their decisions only have power over you if you let them. Sure, you might sometimes react to things they do as a strategic move, but that is your decision to make as well. A life lived free is better than any protest and more dangerous than any bill. Politicians know that, which is why they try and hold us all down. But, ultimately, we just don't have to care. Forget them, ignore their silly laws if you want to. Live your life, embrace the freedom you have and spend ever moment being who you are and doing what you want to do. That's certainly what I will be doing.