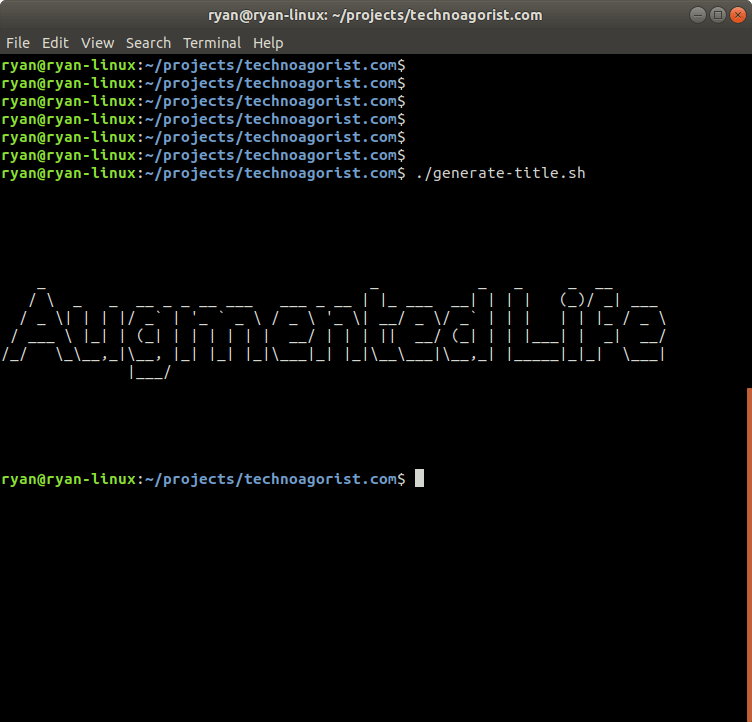 Whether you realize it or not, augmented reality is steadily growing and making its way into our lives. It will eventually open up incredible new possibilities for agorists and anyone else.

My name is Ryan, and I am an agorist. Today, we are talking about augmented reality and life.

You probably remember back in 2016 when Pokemon Go was first released. It was an interesting time. Suddenly, parks were full of packs of people, holding their phones in front of themselves, flicking wildly at imaginary creatures. My children loved it. We, too, would walk all around town to try and catch new and unique Pokemon. But, like most games that suddenly appear out of nowhere and make a huge splash, their users began to decline.

By the end of 2017, Pokemon Go had mostly dropped off of the mainstream map, but this week I noticed an interesting article that said that 2019 was Pokemon Go's most lucrative year yet. Even though augmented reality isn't front and center in the mainstream, it is slowly permeating our modern life.

With Pokemon Go, you look at your phone's screen, and it adds cute little Pokemon to the world around you. You can chase these creatures and try and catch them. Your phone augments (or adds) a digital layer on top of the real world.

Even though that is cool, what will be far more useful is when we can have images displayed in front of us without the need to awkwardly hold our phones up. That day is closer than you might imagine. Google Glass was an experiment in this, but it was still a bit too awkward for regular use.

Amazon is taking another approach with their new Echo Frames. These don't add an image to your eyes, but they provide you with a ubiquitous digital assistant, Alexa. With echo frames, you can make calls, listen to podcasts, listen to your messages, order products, and control smart devices just by wearing your glasses. And, because these frames do not incorporate any screens, they are significantly less ugly and noticeable than something like Google Glass. When wearing Echo frames, you don't look like you have some nerdy device strapped to your head.

As a child, I dreamed of devices like that, whether with screens or without. I dreamed of having all of the world's information available anywhere, at any time. I dreamed of making calls without phones and consuming media without sitting in the living room.

Echo Frames still don't do everything right. Using them, you will still look like an idiot sometimes, as you stand on a street corner talking to your glasses. But, like Google Glass and like Pokemon Go, Echo Frames are moving this industry forward.

I eagerly await a future when I have all three of those devices combined into one. I want to have all of the world's information available at any time, wherever I am. I want to be able to communicate with anyone from anywhere and capture any moment without fumbling to unlock my phone. Even more so, I want to go to church and see people's names hovering over their heads. When I eat out with friends, I want a digital overlay to be visible over them that I can tap on to send them some digital currency so that we don't have to split the bill. When I need to add a garbage disposal to my sink, I want to look at a QR code on the box of the disposal that I bought from Home Depot and have it open up an app in front of me that guides me through the installation process. It could even see what I see and tell me which adapters I should use to connect it to my sink correctly.

Augmented reality can dramatically reduce our reliance on other people. We will individually be able to do things that we would have had to call someone else to do before. Of course, there will always be a place for professionals, but with tools like this agorists and anyone else will be that much more self-sufficient.

Just look at how the internet has brought people from all over the world closer together. Look at how ubiquitous communication has helped cut through the lies of governments and businesses who try to manipulate and control us. Full augmented reality will be like that but on steroids.

Before we can reach the augmented utopia that I dream of, we must resolve many significant technological and privacy issues. But, like everything in life, it will have to happen one step at a time, one device at a time, one app at a time. I, for one, am excited to see what's coming. It's going to be fun.