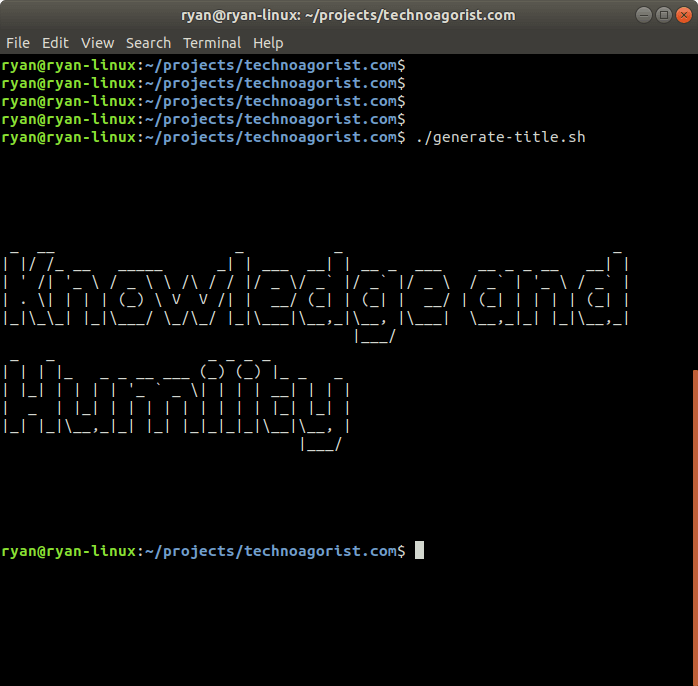 No matter how much we know, there are always holes in our knowledge and understanding. It is essential that we always stay open to learning new things, even if it reveals that we were wrong about something.

My name is Ryan and I am an agorist. Today, we are talking about knowledge and humility.

I love to learn. As a child, I was homeschooled and mostly directed my own learning. I grew to love it. Even today, I continue to learn more daily. But, despite it all I am still often reminded of how many holes there are in my knowledge.

A few days ago, I was talking with Cam, my partner at the MLGA Network and host of the Make Liberty Great Again podcast. We were talking about a topic that I don't spend too much time thinking about these days, the US Constitution. I am an agorist, so I care much more for living my life than arguing over old texts, especially old texts which created violent government systems.

But, our conversation revolved around the requirements necessary for a person to be able to be president of the United States, specifically what it means for someone to be a "natural born citizen." As a child, I was taught many times that this meant a person must be born in the continental US in order be eligible for president. I remember it clearly going all the way back to my first civics book in second grade. This was echoed in multiple other history classes and books that I read throughout those years and even in my high school constitution class. As a child, I remember once reading a biography about missionaries from the US who were in Japan. In that book, they gave birth to children while there, and I remember stopping and thinking, "Oh, wow, that's not fair. Their parents are US citizens, but when those kids grow up, they cant' run for president." Don't bother asking me why I was thinking so much about the presidency in my elementary years, that is just how I learn. I tend to obsess over whatever I am learning about at any given time and then consciously or subconsciously collate that information with everything else that I come across.

Well, back to my conversation with Cam, he mentioned that the original intent of the constitution was more likely that natural born citizen meant that the person was born to US citizens, specifically that their father was a US citizen. I immediately pushed back because I remembered clearly what I had been taught and what I had read on my own. As I understood it, every other office in the federal government required citizenship, but the office of the presidency required more, required that you actually be born in the US itself. Cam pointed to Blackstone and how in his commentaries, natural born citizens were those born to parents (specifically a father) who were citizens. It was not related to where they were physically born. I argued with him for a little bit, since obviously I was right, but when I did some more research, I realized that I was wrong.

What Cam had said about Blackstone was correct, but even moreso, this question was addressed only a few short years after the consitution was ratified. While the constitution itself never defined what exactly it meant by natural born citizen, the Naturalization Act of 1790 did clarify it. In it, we read "the children of citizens of the United States that may be born beyond Sea, or out of the limits of the United States, shall be considered as natural born Citizens: provided, That the right of citizenship shall not descend to persons whose fathers have never been resident in the United States."

That is pretty darned clear. Between what Blackstone wrote in his commentaries and what the US government codified in their naturalization act of 1790, it is quite obvious what was meant by the words "natural born citizen." They meant someone born to parents who were citizens of the United States, specifically that their father was a citizen.

Now, once again, I really don't care about the constitution these days. I'm glad for the few times that it temporarily holds people in the federal government back from being even worse than they already are. Still, the reality is that the horrific federal government we have today wouldn't exist without that constitution creating it in the first place.

My point of this post is not to teach you the original intent of the writers of the constitution, but to point out how wrong I was. Despite all the reading, learning, and studying I had done, I had a hole in my understanding and I was willing to defend that misunderstanding. Thankfully, Cam pointed it out and now I have filled that knowledge gap, fixed that wrong understanding.

It was a great reminder to me that I'll never be done learning. I'll never get to that place where I just am right about everything. We all have holes in our knowledge and therefore must always be open to the possibility that we have been wrong about something even for decades. It's a humbling experience to be reminded that you sometimes are wrong, but it's important. I am not perfect at it, but I do always try to be open to correction. I hope you folks will try as well. Let's be open and learn together.